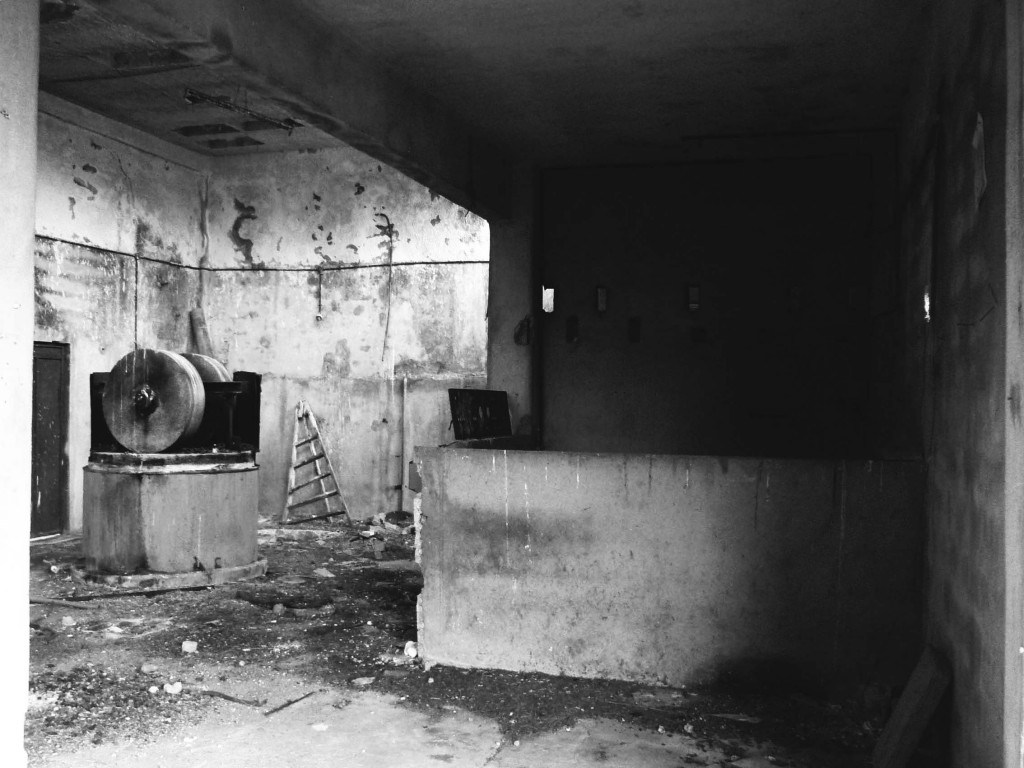 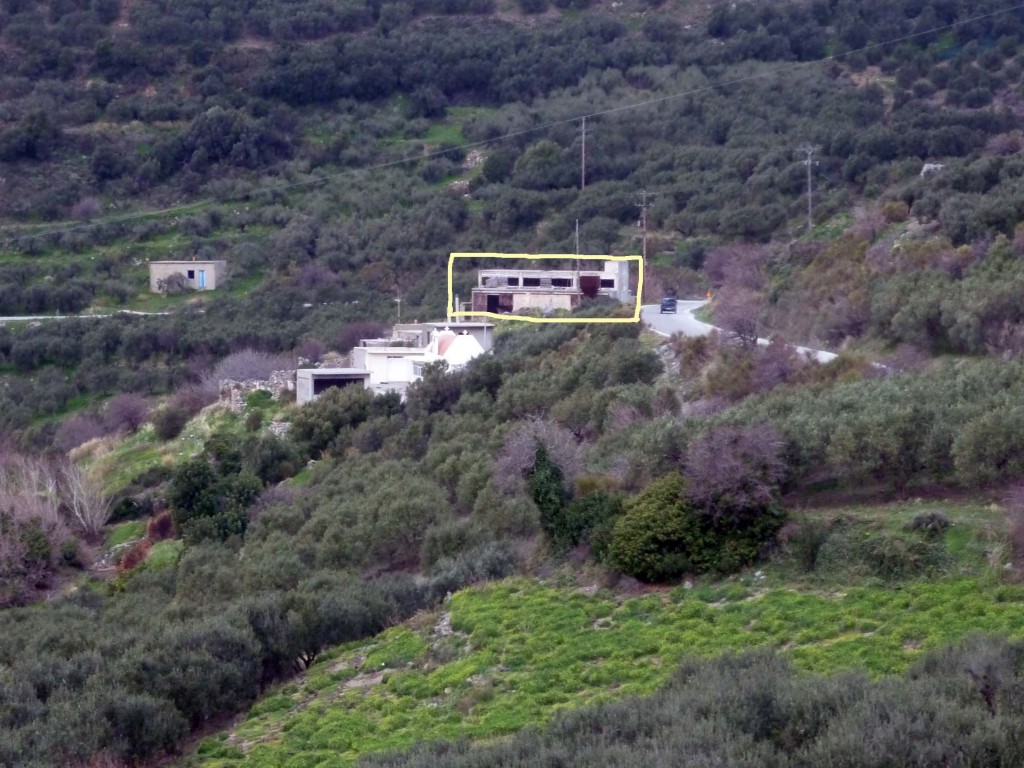 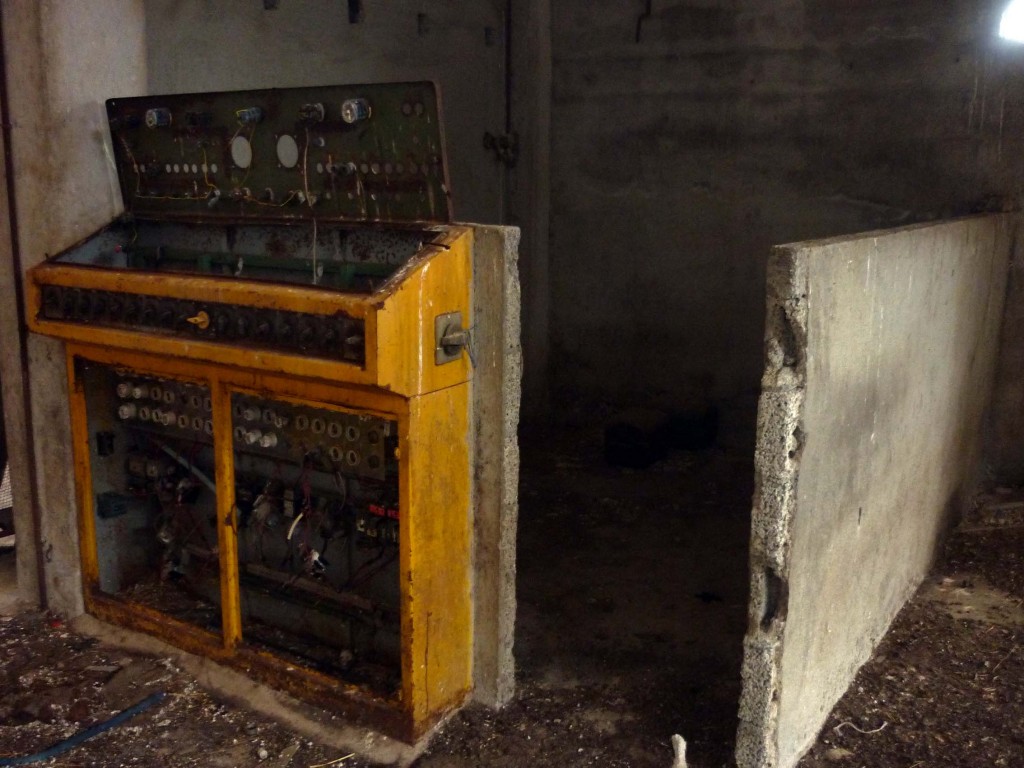 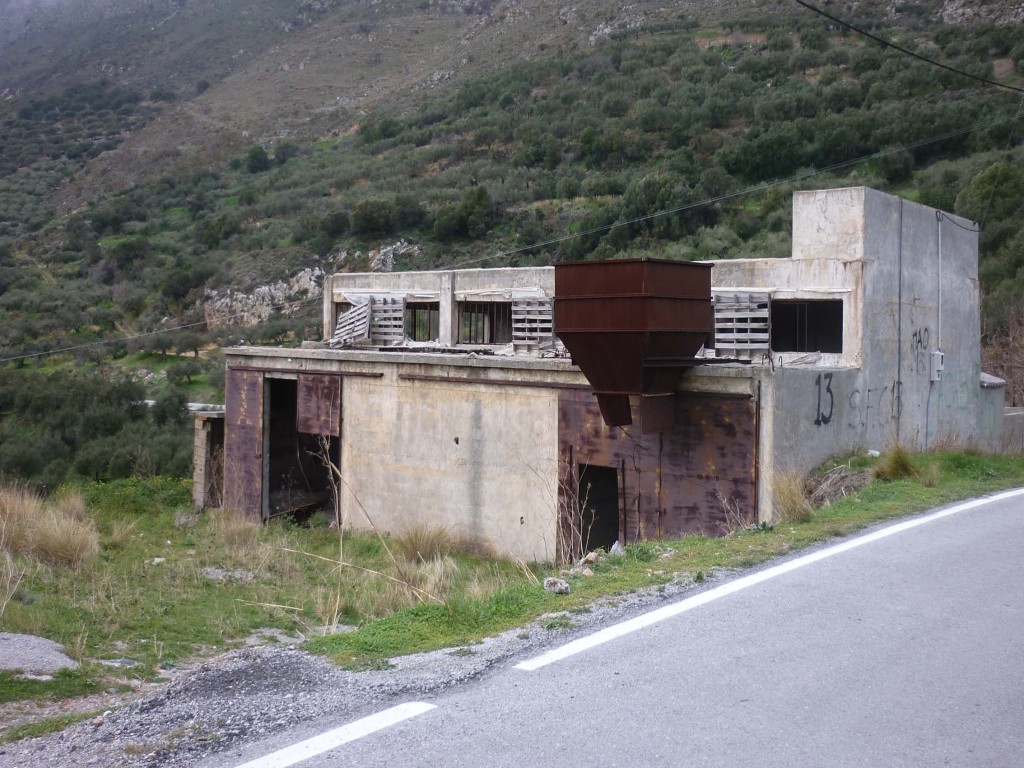 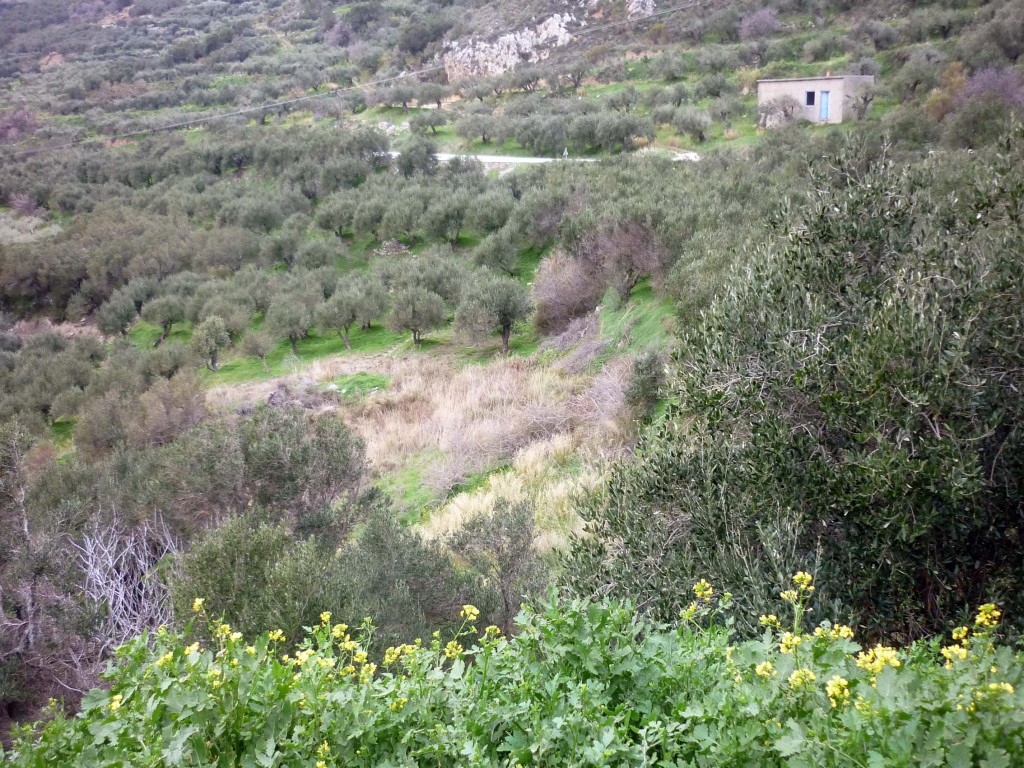 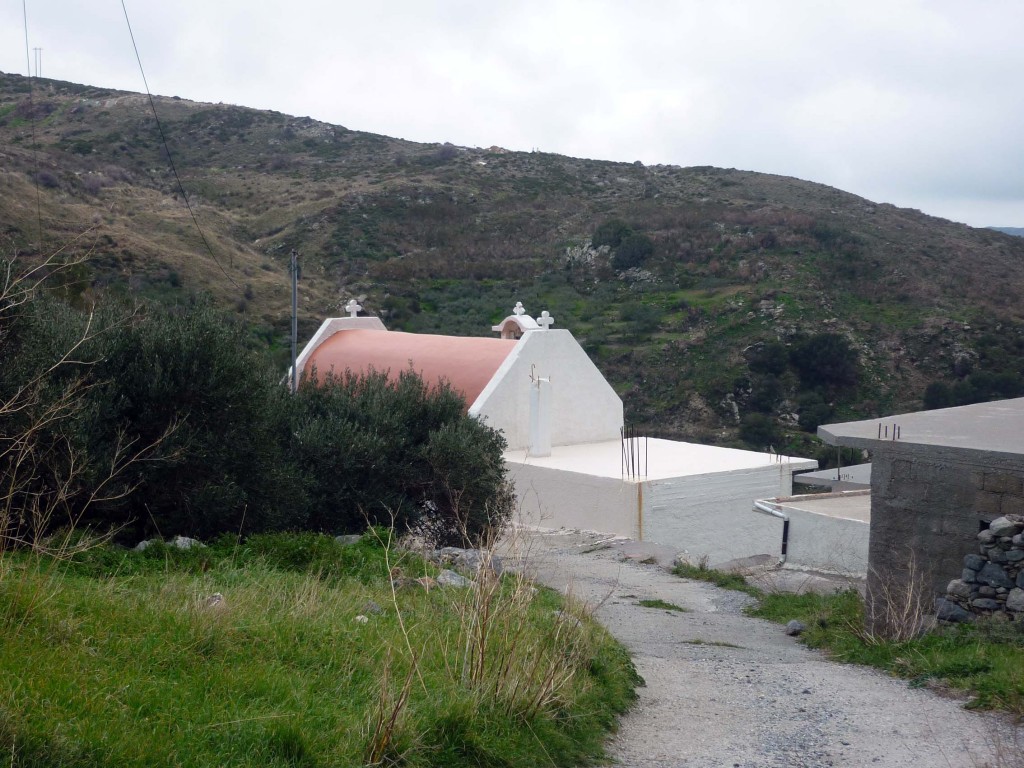 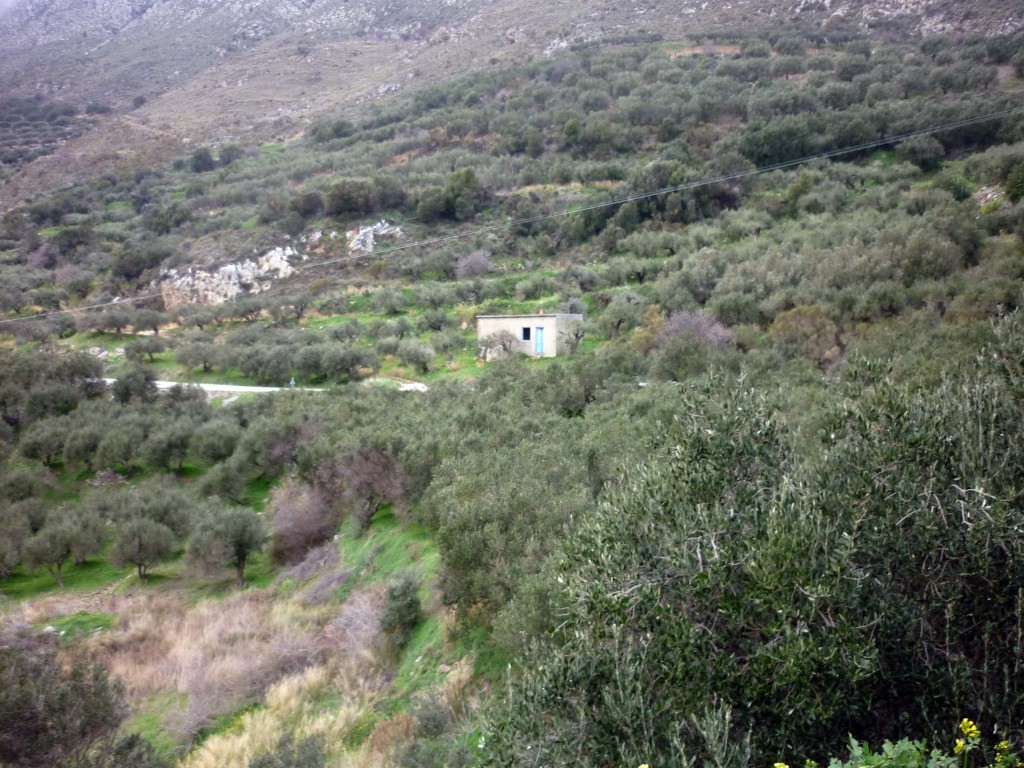 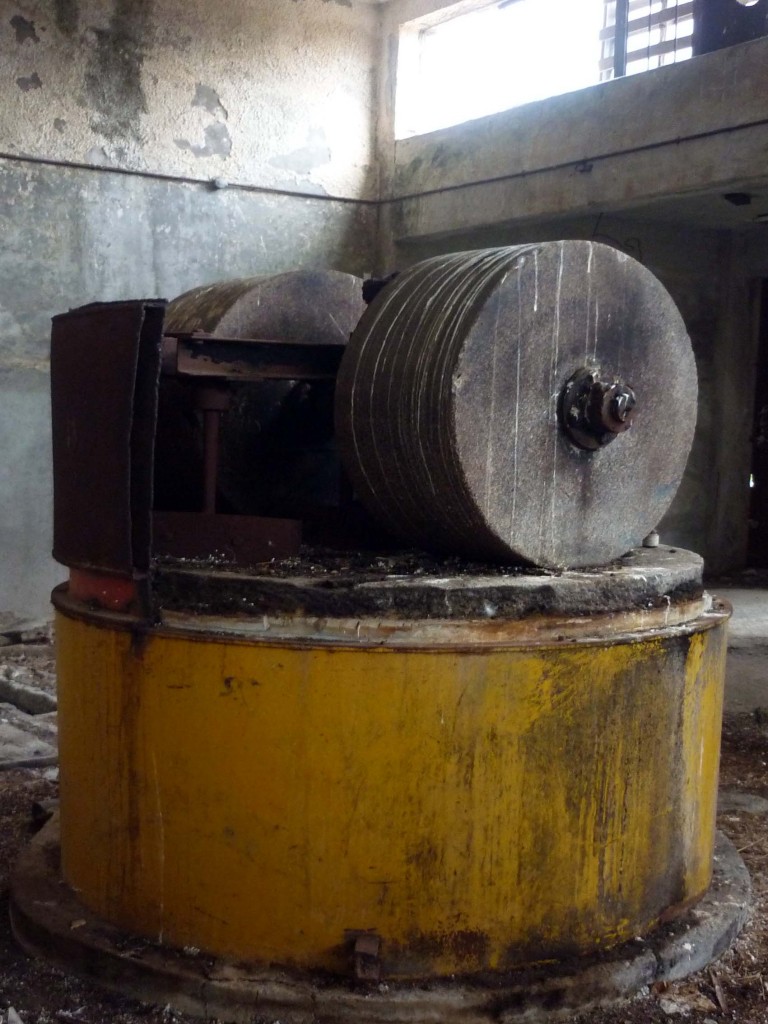 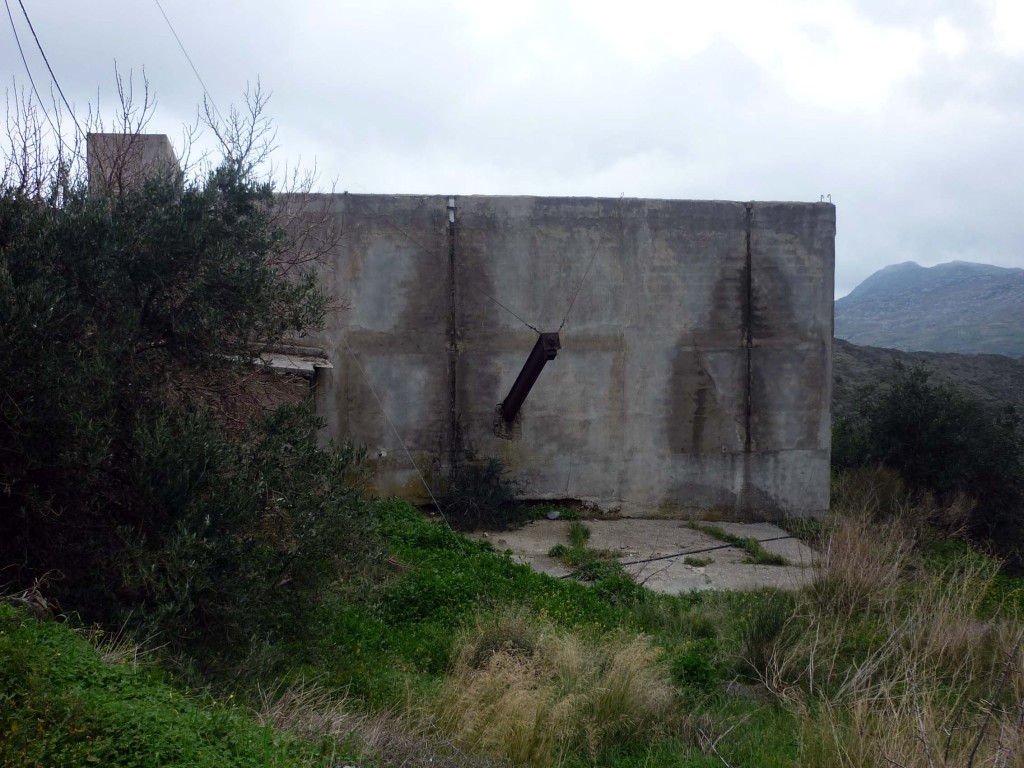 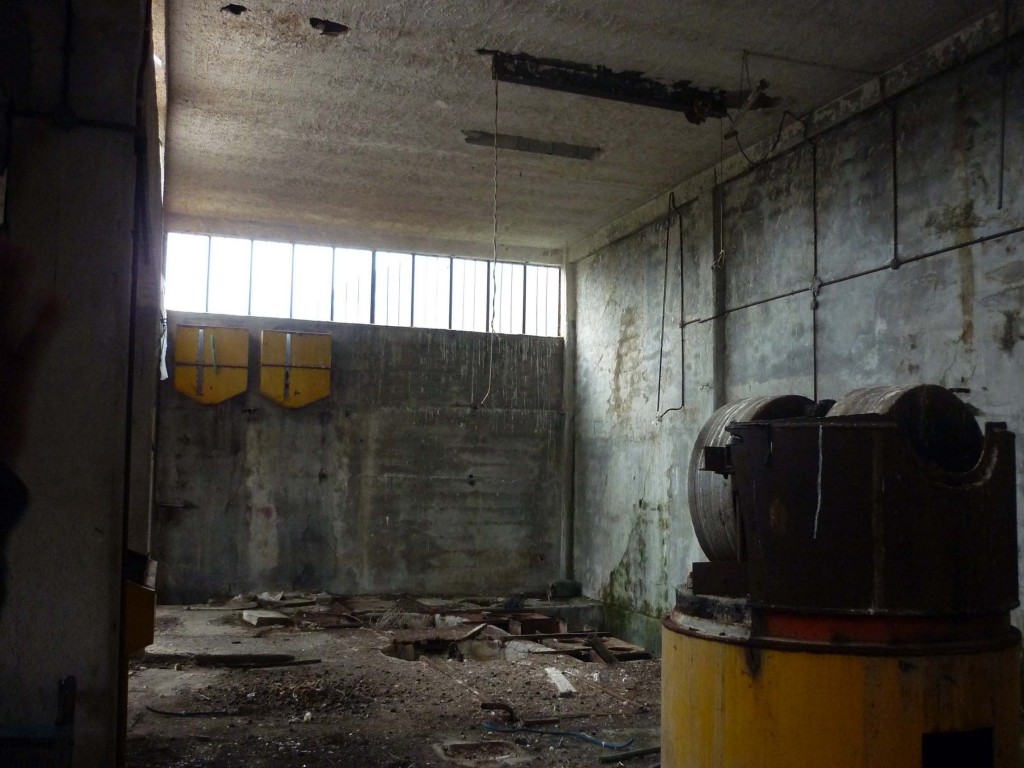 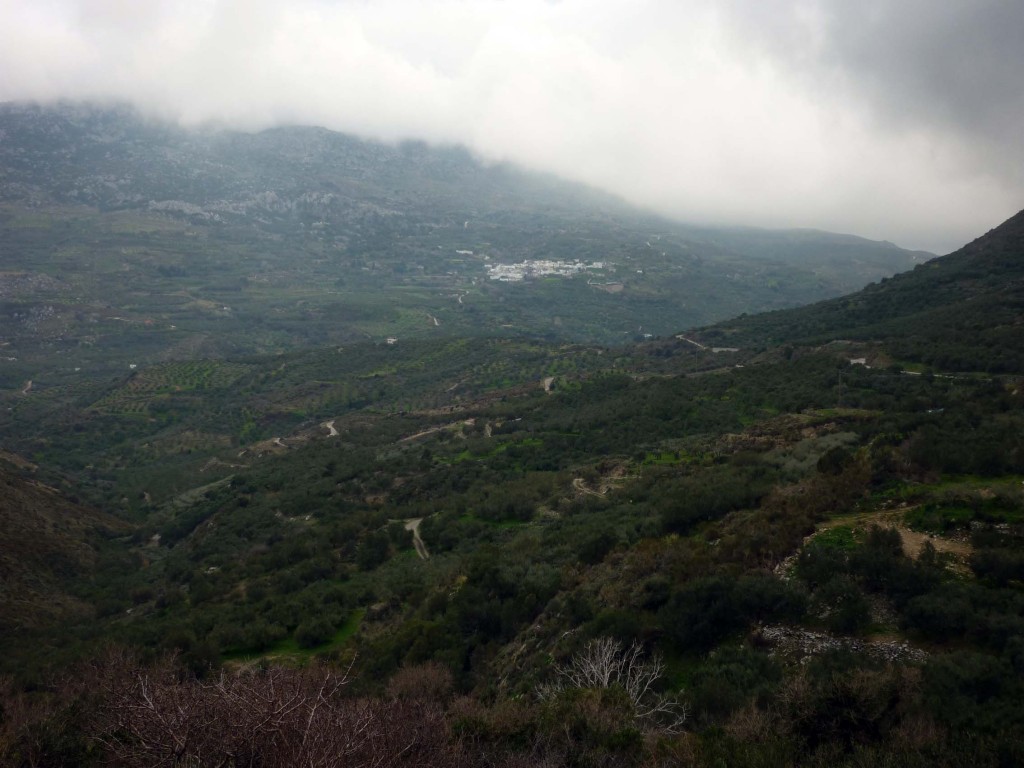 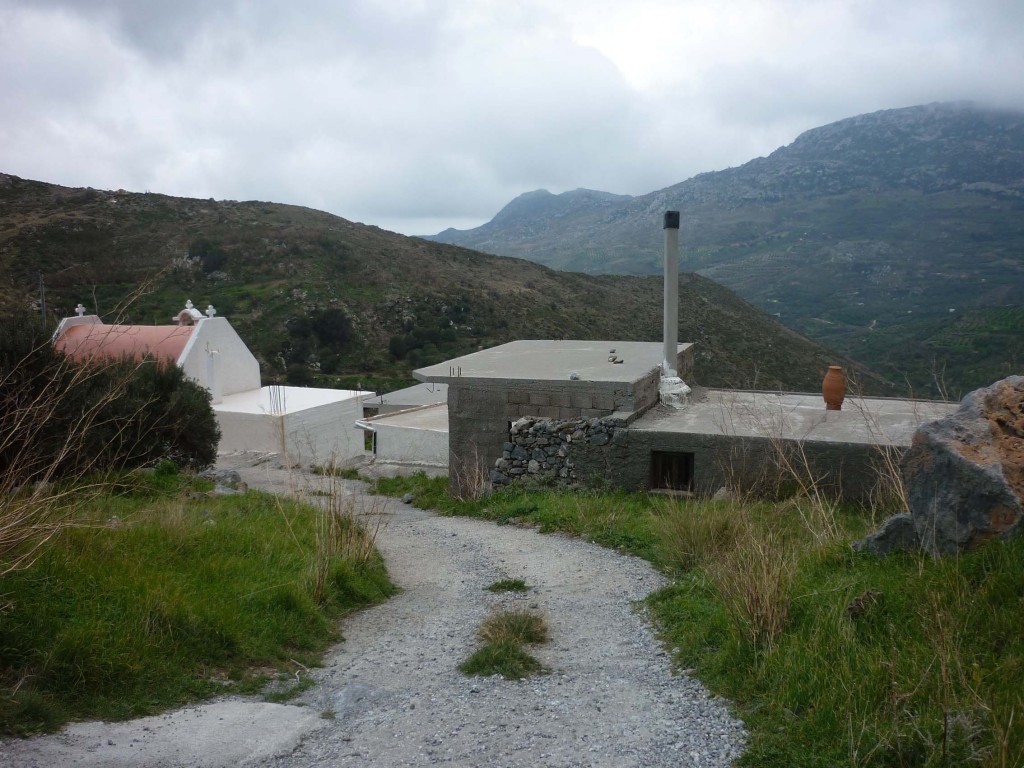 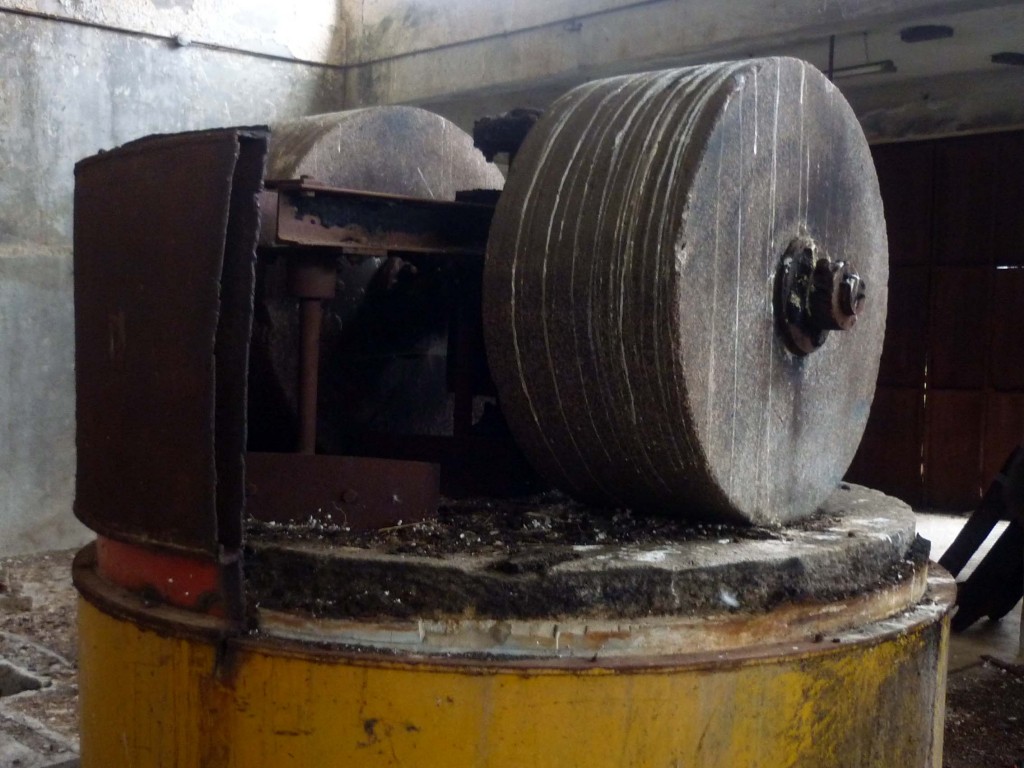 Are you attracted by abandoned places?
If you want to run around and shop everyday this place is not for you. Off the beaten track, this tranquil property sets in Sitia inland, on the main road connecting North and South coast.
An old olive press on its own grounds, surrounded by olive trees, in the hills of eastern Crete.
Local farmers were bringing their olives over for pressing since 1970, producing the world famous Sitia olive oil. Unfortunately the owners couldn’t follow the new olive press technology during the years and decided to stop operating this business.
This building can be turned into a perfect tranquil and cozy mountain hotel with glorious views or just reform it to a perfect high ceiling house!
Kryia area is characterized by hills and mountains where olive groves are dominant while at the bays of Makrigialos and Sitia in about half an hour drive, are sandy beaches for swimming and tourism activities are dominant.

THE PROPERTY
An open space 170m2 with 7,5m height with some features remaining form the old olive press such as the stone mills, several features from the scales, a separate space where it was an office etc.
Its square shape offers the potential of converting into several rooms, independent apartments, split the height with mezzanine wooden floors.
The land attached is aprox 5.000m2 with many olive tress, all facing the main road.
In close distance are some cottages and the church Saint Mamas, every year in September take place the religious festive dedicated to the Saint.

*RECOMMANDATION:
This property has features from the old technology for olive presses, and can turn into the “Steampunk” design, few words for this new style below through wikipedia:
–Steampunk is a subgenre of science fiction and sometimes fantasy that incorporates technology and aesthetic designs inspired by 19th-century industrial steam-powered machinery. Although its literary origins are sometimes associated with the cyberpunk genre, steampunk works are often set in an alternative history of the 19th century’s British Victorian era or American “Wild West”, in a post-apocalyptic future during which steam power has maintained mainstream usage, or in a fantasy world that similarly employs steam power. Steampunk may, therefore, be described as neo-Victorian. Steampunk perhaps most recognisably features anachronistic technologies or retro-futuristic inventions as people in the 19th century might have envisioned them, and is likewise rooted in the era’s perspective on fashion, culture, architectural style, and art. Such technology may include fictional machines like those found in the works of H. G. Wells and Jules Verne, or the modern authors Philip Pullman, Scott Westerfeld, Stephen Hunt and China Miéville. Other examples of steampunk contain alternative history-style presentations of such technology as lighter-than-air airships, analogue computers, or such digital mechanical computers as Charles Babbage’s Analytical Engine.